Nicholas Boehnlein's inspiring story demonstrates that passion and drive can sometimes trump age and experience, with the young entrepreneur's rising star shining brightly even among the more seasoned experts.

Here at Pendleton, we know that life is not always smooth sailing. Having someone to help guide you along the way can shorten the journey...

Pulling a Red Rabbit out of the hat!

Being flexible and responsive to what the data is telling you is critical to your business's future. This story from Rhys Powell exemplifies that perfectly...

You don't have to abandon ship and return to the roost, but you should make an effort to include out-of-the-box events in order to think outside the box...

Decide your own future! Don't believe that anybody else is in charge of your destiny

It's simple to point the finger at everyone else when things go wrong. However, your life is under your control, and you have a lot of control over your fate...

Making millions from the edge of bankruptcy

Realising there is no such thing as perfect timing in the world of business is one of the most important lessons, this story from Howard Panes personifies that.

Having a solid mindset in business is essential. How good is yours?

In any competitive industry, creating waves may be difficult. You need to compile dedication, belief, and hard effort, just like Peter X Kelly did. There is no exclusive recipe for success, but having the right mindset is an excellent place to start…

Remaining adaptable and being open to new ideas is key in business. And this is exactly what Arlete Turturro knows. Her journey also shows us how a flexible and approachable mindset can lead to success...

5 motivational quotes from a military mind

A shining example of rising from adversity and persistence is Dawn Halfaker's journey, after suffering wounds in battle in Iraq she took a philanthropic approach to help other veterans in a similiar position!

Everyone has a past, and not all aspects of them are pleasant. However, no matter what you've been through, she feels you can use your knowledge and experience to build empathy and use what you have learned to change the future for the better.

John Collison was just 27 years old when he became the world's youngest self-made billionaire. Prior to dropping out of Harvard, John and his brother Patrick founded Automatic, a firm that offered back-end technology to eBay. To show our appreciation for Collison’s revolutionary work, we bring you his 5 top quotes on success and motivation in life!

Looking into the future, with AI!

This week we look at Ilya Sutskever, who knows artificial intelligence inside and out now, and his colourful explanations help non-technical individuals comprehend the subject more fully and rapidly. He now leads a remarkable group of AI engineers that are pushing the frontiers of what is possible...

The art and science of selfless giving

It's not enough to have a fantastic concept, your venture won't thrive if you don't have the resources to make it a reality. This tricky conundrum inspired Danae Ringelmann to create the successful crowdsourcing platform Indiegogo, with partners Eric Schell and Slava Rubin. Their aim was to let anyone who isn't breaking the law and has a good idea, to use the platform to raise money...

Many believe that the CEOs of the world's most powerful corporations are all "loud" and charismatic. Some bosses are indeed outgoing and confident, but others are more introverted and prefer to be out of the spotlight. Logan Green, the co-founder of Lyft, is the archetype of the latter...

The magical mix of insight, passion and collaboration

Brian Armstrong, CEO of Coinbase, a cryptocurrency start-up in the United States, had long viewed the internet as a vehicle for reshaping the world. For a long time though, he feared he was too late to the game; with others, such as Apple's Steve Jobs and Intel's Andy Grove, having led the internet revolution. Armstrong's timing, however, turned out to be ideal for a totally different revolution!

Technology has made our lives easier in so many ways, yet it appears that we are progressively becoming hooked. Tristan Harris, a former Google 'design ethicist', has been so concerned by this, he has set out on a journey to change the way we consume technology!

Brian Chesky, a former industrial design student, had no meaningful business expertise when he co-founded Airbnb with Joe Gebbia and Nathan Blecharczyk. Despite this relative inexperience, their home-sharing website is now valued at $31 billion. Airbnb's revenue even increased a remarkable 50% between 2016 to 2017. Chesky has pushed his organisation to new heights, year, after year, after year...

Mårten Mickos is the recent CEO of HackerOne, one of the most well-known white-hat hacking platforms in the world. As bizarre as it may sound, Mickos' confidence was boosted by being dismissed from his past positions, and he just kept moving forward...

At Pendleton we are all about sustainable business growth, but we have recently struck a partnership with a research unit at Avans University of Applied Sciences in Breda University, Netherlands, to look at how businesses around the world are planning to grow sustainably...

A lesson on compassion

Compassion is what distinguishes great managers from mediocre. Being compassionate, according to Jeff Weiner, CEO of LinkedIn, can transform not only your career but also your entire life. To show our admiration of Weiner’s employee orientated approach, we bring you his top 5 quotes!

Join us for free drinks, networking and shared stories of #GuaranteedBusinessGrowth with some of our clients, at Vertigo, St Mary's Street, Truro 5-7pm!

Be quick, the free tickets are available here: LINK TBC 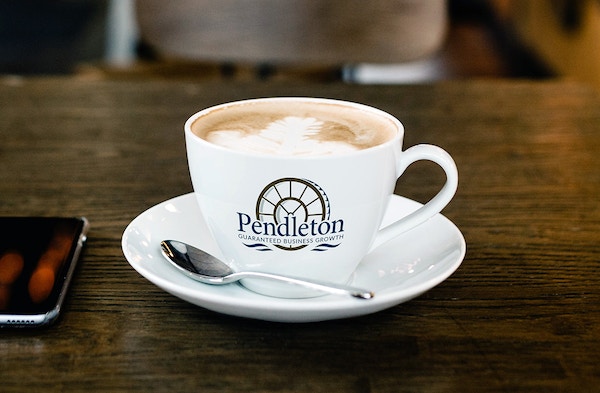 Rob Pendleton explains "Why growth is important and how you can gurantee it will happen" at this invite only exclusive event in Truro.

““Finally, I can see a complete picture of our strengths and weaknesses as a business, and have a clear approach to generate measurable improvements and sustainable growth.””